In case you missed it, the Kiss Kill Love Him Still Scavenger Hunt is happening today through 11/10.

Main Giveaway:
Win a paperback copy of KISS KILL LOVE HIM STILL and an amazon gift card by entering the Rafflecopter giveaway
We also have a Pre-Order Giveaway:
During release week the book will be on sale for $.99 (It will be $2.99 starting 11/11). On top of this sale, Jamie and I will also be giving away 2×3 book buttons to the first 100 people who buy the book and sign-up at this link: http://www.signupgenius.com/go/30e0f4fa4ad2fa3f58-kiss.

You can pre-order KKLHS on Amazon, iTunes, Barnes and Noble, and Kobo.

So who is Val? Well, her life song is this:

Valerie “Val” Ortiz is a college student at Fairfax University (FU). She loves her boyfriend, Paul, but she also finds herself madly in love with Livie. Coming from a traditional Catholic family, it’s something Val struggles with by numbing herself with alcohol. She and Jackson were drinking buddies – something he used to his advantage, and something Val deeply regrets.

You can find out more about her – like her police interview – on the scavenger hunt hosted by The Fantastic Flying Book Club running 11/4-11/10.

As we count down the final days until Kiss Kill Love Him Still’s release on November 10th, things are getting exciting.

Today, we kick off our scavenger hunt blog tour. For those unfamiliar with blog tours, it’s when writers visit a bunch of different sites and share parts of their book, playlists, excerpts and other fun bookish things. The tour for KKLHS is different in that it’s a scavenger hunt. This means each day a group of blogs will host a profile of a suspect in Jackson’s death. Today, blogs are interviewing Livie’s mom, Alicia Barnes.

There are seven suspects who may have killed playboy Jackson Landis. You can vote on who you think did it by replying on one of the host blogs.

Main Giveaway:
Win a paperback copy of KISS KILL LOVE HIM STILL and an amazon gift card by entering the Rafflecopter giveaway

Goodreads  Amazon paperback Barnes & Noble (B&N) Kobo iTunes
—
About Jamie:
Young adult author of the Kirkus-starred novel Leap Of Faith (Simon & Schuster 2013), and Lost To Me (2014), featured in the New York Times and USA Today bestselling anthology, Dirty Boys of Summer. Represented by Rebecca Friedman of RF Literary.
Author Links:
Website  Goodreads  Twitter   Google+  Facebook   Instagram
—
About Dawn:
You already know about me 😉 But if you want to find me on other social media here I am:

No My Pinterest Life today – I’ve been too busy working on book two (YES, THERE’S A BOOK TWO!) of the Kiss Kill Love Him Still series.

Before a book launches, I like to do a little back story on the main characters. Today I’m highlighting Olivia “Livie” Barnes. Who is she? Well, she’s a girl who says things like this: 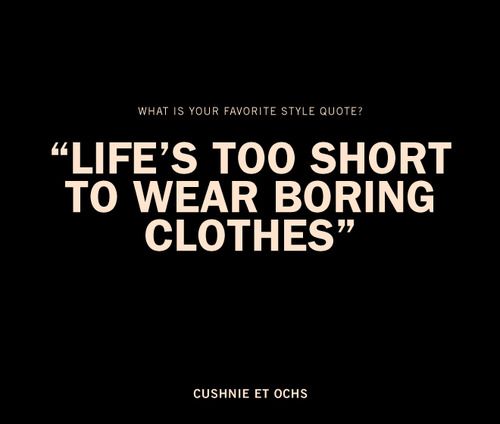 Livie Barnes is a college student at Fairfax University (FU). She’s a sheltered princess who also happens to be a kleptomaniac. Her boyfriend, Jackson Landis, was found dead in the school quad, and now all Livie wants is to find the person responsible and take down anyone standing in her way. They don’t call her “Crazy Livie” for nothing.

She lives for Louis Vuitton, Coco Mademoiselle, Louboutin, and Hermes. And adrenaline rushes. Livie’s the kind of girl who will do all the wrong things because it feels so good – and have no regrets about it.

You can find out more about her – like her favorite songs – on the scavenger hunt hosted by The Fantastic Flying Book Club running 11/4-11/10.

My co-writer, Jamie Blair, and I are also running a pre-order campaign. The first hundred people to order KKLHS will get a pin with the book cover on it. The eBook of KKLHS is only 99-cents until release day, November 10th. The price will then go up on November 11th.

You can pre-order it on Amazon, iBooks, Barnes and Noble, and Kobo.

Jackson Landis kept secrets. It’s how he got girls into bed, the grades he wanted, and a reputation for being the life of the party.

But now he’s dead, and no one knows how or why. Especially not the four girls whose secrets he protected. Secrets so scandalous they could cause each girl to lose something valuable. Secrets so dark, someone may have killed for them.

The four girls – a campus drug dealer, an overweight bookworm, a closeted lesbian, and a spoiled princess have one thing in common – they’re terrified the things Jackson knew may not have died with him. As Reggie, Haddie, Val, and Livie try to piece together her own role in Jackson’s death, each girl realizes Jackson had some not-so-pretty skeletons of his own.

Until next time, Kittens.